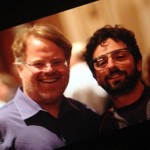 The prototypes Google displayed have a sleek wrap-around look and appear nothing like clunky 3-D glasses. But if Google isn’t careful, they could be dismissed as a kind of Bluetooth earpiece of the future, a fashion faux-pas where bulky looks outweigh marginal utility. 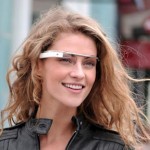 In development for a couple of years, the project is the brainchild of Google X, the online search-leader’s secret facility that spawned the self-driving car and could one day send elevators into space.
If it takes off, it could bring reality another step closer to science fiction, where the line between human and machine blurs.