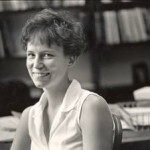 There has been a resurgence of interest in discussing morality as a system of demands — more specifically, the idea that moral obligations, duties, and responsibilities are to be understood as actions we can demand of one another. The notion of what we can demand of one another is a crucial one, well worth keeping for the important work it does, but it is a deep mistake to think that it exhausts the morally deontic realm. The fact that an action or its forbearance is not something we can demand of someone does not settle the question of whether it is morally wrong.
—
In practice, of course, there is nothing simple about it, which is why the theory provides a substantive account of moral error and disagreement. Apprehending things like cruelty involves exercising a variety of abilities and sensitivities — being aware of what is salient, drawing relevant discriminations, remaining undistracted by irrelevancies, and of course, understanding the moral concepts at issue — none of which are easy.