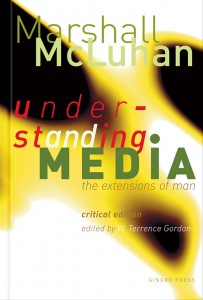 The telephone: speech without walls. The phonograph: music hall without walls. The photograph: museum without walls. The electric light: space without walls. The movie, radio and TV: classroom without walls. Man the food-gatherer reappears incongruously as information-gatherer. In this role, electronic man is no less a nomad than his Paleolithic ancestors.
Earlier, the increase of traffic that came with money and roads had ended the static tribal state (as Toynbee calls the nomadic food-gathering culture). Typical of the reversing that occurs at break boundaries is the paradox that nomadic mobile man, the hunter and food-gatherer, is socially static. On the other hand, sedentary, specialist man is dynamic, explosive, progressive. The new magnetic or world city will be static and iconic or inclusive.