The Observer Effect, you learned it in science class: the act of observation itself will change the phenomenon being observed. That’s never been more obvious than with what Google Street View cars find these days.
At first the Google cars caught some real, debaucherous moments, stuff you weren’t supposed to see. Now, when people see a Street View car coming, they know it, and they prepare for the lulz. Case in point, this sexy-time couple in Australia, who must have seen the car coming on Dukes Highway, sped in front and got into position. This public display is actually on the Google map, but that doesn’t mean the P went in the V, right?
Zoom in, she’s waving, and they’re not doin’ it for real: 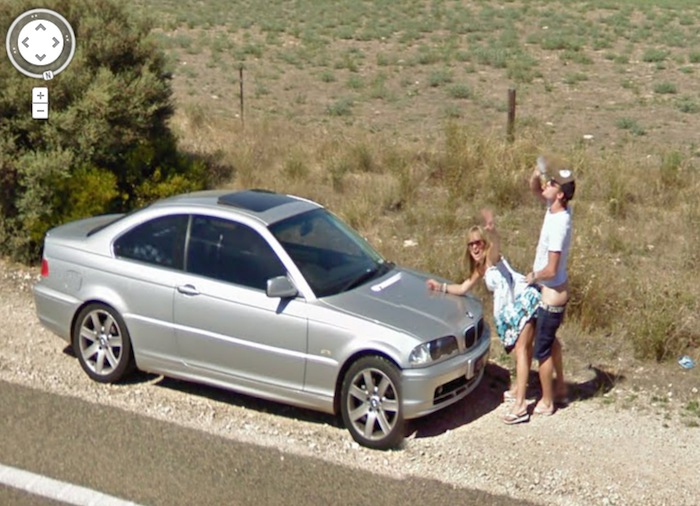