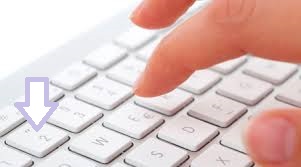 It was every bank manager’s nightmare come true: a German bank employee nodded off at his computer terminal while making what was supposed to be a minor money transfer and inadvertently drained €222m (£190m) from an account – without even realising it.
The hapless employee appeared before an industrial tribunal in the state of Hesse today to explain his actions. He told the tribunal that he had intended to transfer €62.40 from a retired employee’s account but “momentarily fell asleep” and ended up transferring €222,222,222.22.
He said the error appeared to have occurred because he dozed off with his finger on the “2” key of his computer keyboard. The tribunal heard how the culprit failed to notice his mistake, which was only spotted and rectified by bank staff hours later.
A colleague of the employee who made the mistake, a 48-year-old woman responsible for overseeing the bank’s outgoing payments, was subsequently sacked for allowing the error to slip through unnoticed. Yesterday’s case was brought because she claimed that she was unfairly dismissed. The tribunal found in her favour and said she should be reinstated.
Judges said she was not guilty of wilfully damaging the interests of the bank and that although she had made a “serious mistake” she should have been cautioned rather than sacked. The employee who fell asleep was merely admonished.