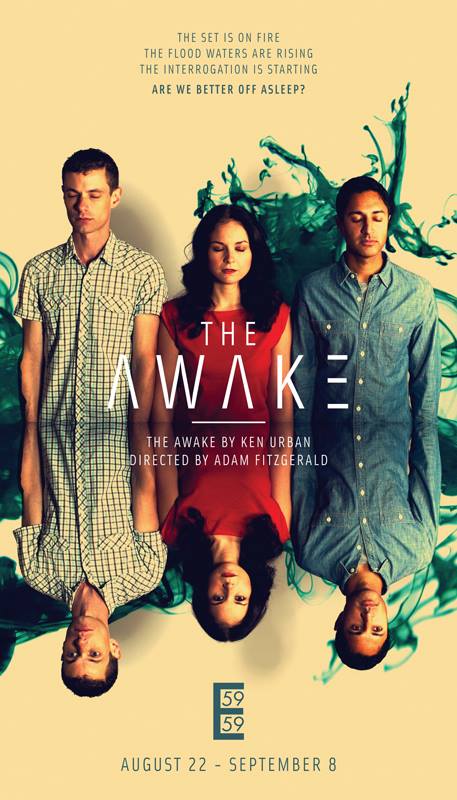 The set is on fire.
The flood waters are rising.
The interrogation is starting.
Are we better off asleep?

Three strangers – a devoted son,
an Eastern European actress and
a Canadian man on the run – awaken to discover they are connected by a mysterious corporation. Faced with lives they no longer recognize, they must confront secrets, strangers and unmarked doors. In a world in which it’s easier to close our eyes, Ken Urban’s provocative new play asks: Is it time to wake up?