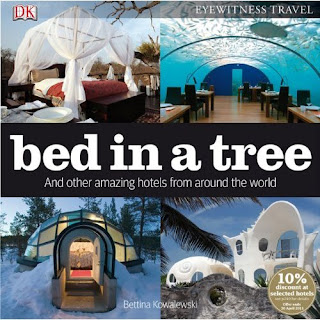 A handpicked selection of 27 extraordinary hotels from around the world. Every hotel offers an unforgettable and original place to stay.
Hotels spotlighted include the Ice Hotel in Sweden, an actual bed in a tree, a room underwater, a wine barrel and even a night in a suitcase!
Each hotel entry suggests three interesting, and often unusual, things to do nearby.