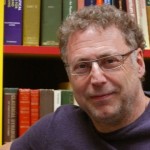 Politicians often misuse science for political ends and to pursue their own agenda. Science approaches issues in a non-biased way and draws conclusions based on observations. Politicians like to ignore that or trumpet the opinions of a few fringe people. Take evolution. The truth is that evolution is not in doubt. Neither is global warming. The attacks on global warming are no different than the attacks the cigarettes companies used to say that cigarettes don’t cause cancer. Those same politicians don’t doubt science when it comes to cellphones, jets and medical technology, but they question evolution and global warming. After all, aerodynamics and electrodynamics are just theories, too.