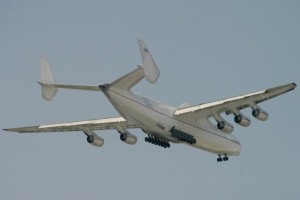 Mriya has set up 240 world records including transportation of the heaviest cargo with mass of 253 tons, the heaviest single peace of cargo with mass of 186,7 t as well as the longest cargo having length of 42,1 m. But the main thing is that Mriya serves people reliably. The airplane repeatedly participated in humanitarian operations. Thus in October, 2009 the AN-225 performed several flights on delivery generators to Samoa. They were necessary for renewal of work of Satala electric station damaged by tsunami. Only spacious cabin of the AN-225 could accommodate ten 12-tons generators at once. Each of them was as large as 6-meters container.