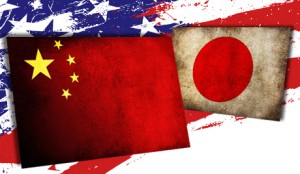 There is a rising nationalism on both sides and also rising national strength in the case of China and the attempt to recover its national strength in case of Japan. But what is more I think is because of America’s ‘pivot to Asia’ … America now is trying to reposition its worldwide military assets towards Asia. And then also this policy takes the form of closer military ties with China’s neighbours and also strengthening various bases in case of Japan. And of course the South China Sea to China is more than a territorial dispute. It’s a very important conduit for natural resources … it’s China’s life blood … Also, Japan has never really attuned for its war crimes. Japan has never admitted the crimes over the ‘comfort women’ [women who were forced into a prostitution corps created by Japan during World War II] issue and it also continues to pay homage to Yasukuni shrines –a housing of various class-A war criminals. Now just imagine if Germany continues to pay homage to a shrine honouring Hitler, what would its neighbours think?