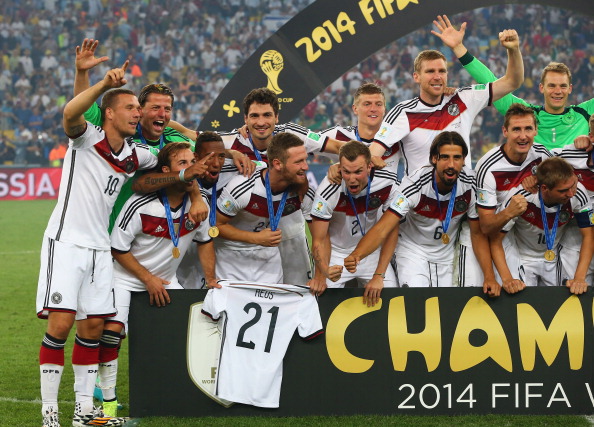 World Cup hero Mario Gotze who had helped Germany clinch their fourth World Cup was seen waving a jersey, the one that which got media interested to know that whose jersey was Gotze actually carrying.
The media’s query was later answered as it was revealed that the former Borussia Dortmund player was carrying his team mate Marco Reus’ number 21 jersey who missed the World Cup due to an ankle injury.
Goalkeeper Manuel Neuer who also won the Golden Glove said that it was important that they remember Reus saying, “We should remember Reus and the Benders. They are World Champions. The whole Germany is a World Champion right now.”