What is it about crappy reporting and asteroids?
The culprit this time is the UK’s Telegraph. In its search to become ever more Daily Mail-ian, it ran an article about an asteroid called 1950 DA with this headline: 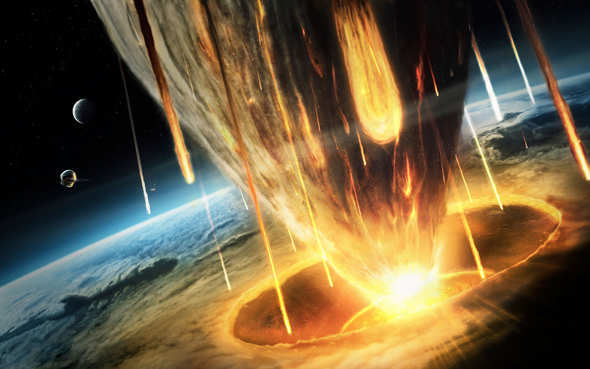 Along with a not-so-subtle (but cool) piece of artwork of a gigantic asteroid impacting the Earth:   →

Yeah. The only problem with this: It’s very, very unlikely the asteroid will whack us in 2880, so at best that headline is hugely misleading. And this ain’t “at best.”