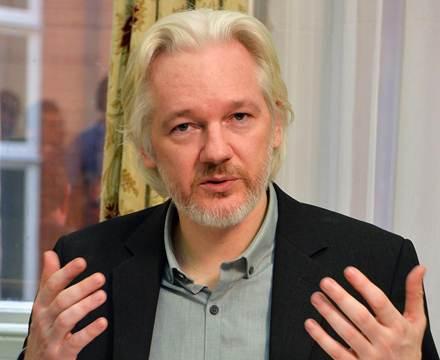 WikiLeaks founder Julian Assange announced Monday he would “soon” leave the Ecuadorian Embassy in London after not setting foot outside the building for two years. The 43-year-old did not specify when he would depart. Earlier, several British newspapers cited unnamed sources saying Assange had developed serious heart and lung conditions while living at the embassy. But he told a press conference at 9 a.m. local time his planned departure would not be for the reasons speculated about in the media. Asked about his health, he said: “It’s an environment in which any healthy person would find themselves soon enough with certain difficulties they would have to manage.”
Ecuador gave Assange asylum in 2012, effectively protecting him from a warrant for his arrest in Sweden accusing him of rape and sexual assault. U.K. police have kept the building under 24-hour surveillance, with at least three officers standing guard at a cost of around $11 million. Assange denies the charges, and says he fears Sweden will in turn extradite him to the United States where he faces up to 35 years in prison for leaking classified documents.