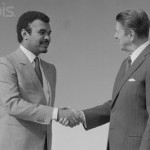 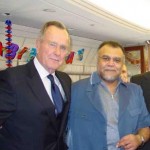 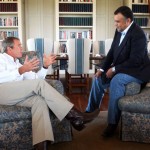 Bandar bin Sultan has formed close relationships with several American presidents, notably George H.W. Bush and George W. Bush, the latter giving him the affectionate and controversial nickname “Bandar Bush”. His particularly close relationship with the Bush family was highlighted in Michael Moore’s documentary Fahrenheit 9/11. He was reportedly so close to George H. W. Bush that he was often described as a member of the former president’s family. He advocated Saddam Hussein’s overthrow in Iraq in March 2003. He encouraged military action against Iraq and supported Dick Cheney’s agenda for “The New Middle East”, which called for pro-democracy programs in both Syria and Iran. Additionally, Prince Bandar’s children supposedly attended the same school where Cheney’s grandchildren were enrolled. 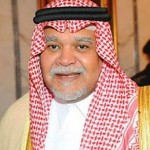 Saudi Arabia’s intelligence chief Bandar bin Sultan is the head of al-Qaeda terrorist group and the founder of the Islamic State of Iraq and Levant in Syria.
Before ISIS even surfaced publicly this Arabian article from Alalam was written pointing out Bandar not only pulled the strings for Al-Qaeda, but ISIS as well.