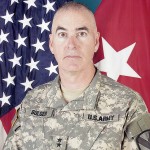 … But as a three-star general who spent four years trying to win this thing — and failing — I now know better.
We did not understand the enemy, a guerrilla network embedded in a quarrelsome, suspicious civilian population. We didn’t understand our own forces, which are built for rapid, decisive conventional operations, not lingering, ill-defined counterinsurgencies. We’re made for Desert Storm, not Vietnam. As a general, I got it wrong. Like my peers, I argued to stay the course, to persist and persist, to “clear/hold/build” even as the “hold” stage stretched for months, and then years, with decades beckoning. We backed ourselves season by season into a long-term counterinsurgency in Iraq, then compounded it by doing likewise in Afghanistan. The American people had never signed up for that.
What went wrong in Iraq and in Afghanistan isn’t the stuff of legend. …