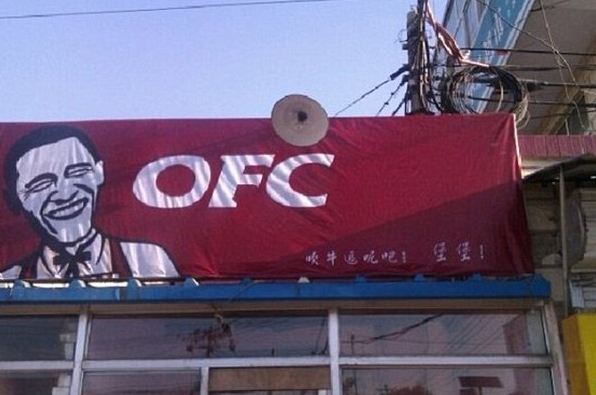 A sign in front of the eatery displays a picture of President Obama wearing a Colonel Sanders-style bowtie and suspenders and a tag­line that reads, “We so cool, aren’t we?”