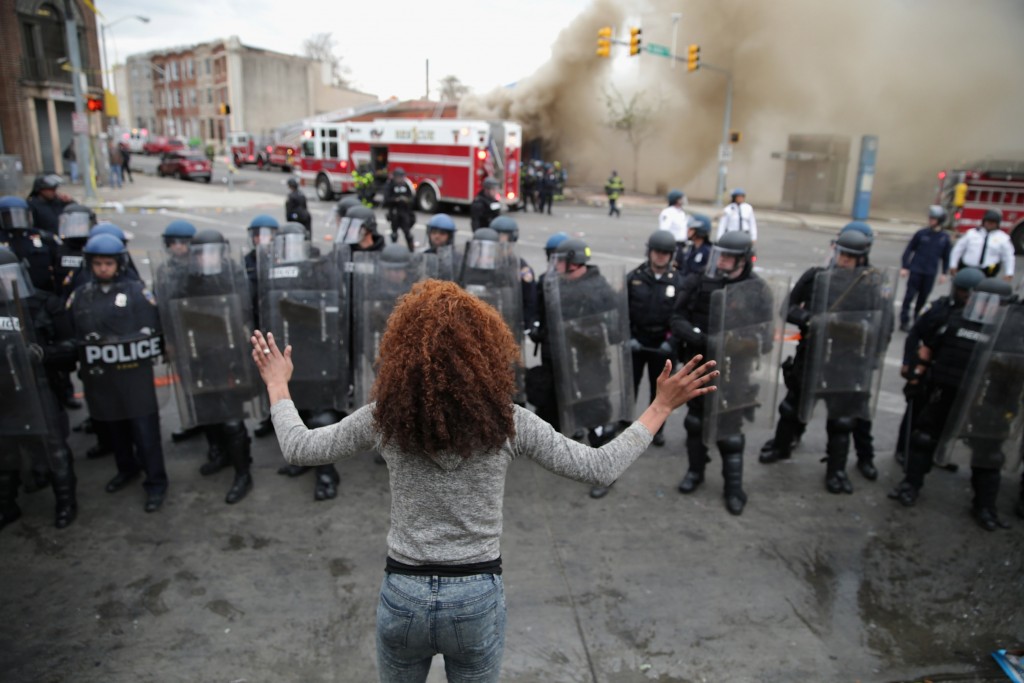 If what is happening in Baltimore happened in a foreign country, here is how Western media would cover it:
International leaders expressed concern over the rising tide of racism and state violence in America, especially concerning the treatment of ethnic minorities in the country and the corruption in state security forces around the country when handling cases of police brutality. The latest crisis is taking place in Baltimore, Maryland, a once-bustling city on the country’s Eastern Seaboard, where an unarmed man named Freddie Gray died from a severed spine while in police custody.
Black Americans, a minority ethnic group, are killed by state security forces at a rate higher than the white majority population. Young, black American males are 21 times more likely to be shot by police than white American males.