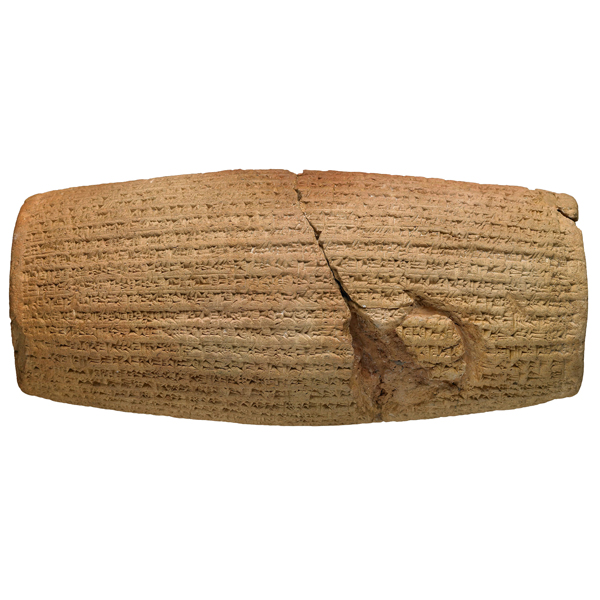 This clay cylinder is inscribed in Babylonian cuneiform with an account by Cyrus, king of Persia (559-530 BC) of his conquest of Babylon in 539 BC and capture of Nabonidus, the last Babylonian king.
This cylinder has sometimes been described as the ‘first charter of human rights’, but it in fact reflects a long tradition in Mesopotamia where, from as early as the third millennium BC, kings began their reigns with declarations of reforms.