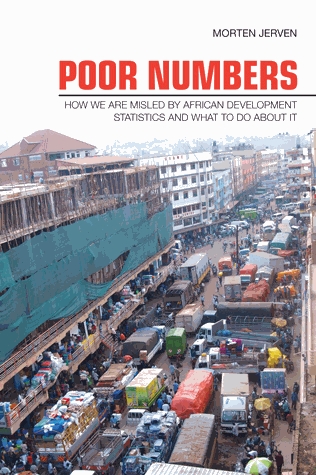 How do they even come up with these numbers? That was the question that I wanted to answer. It was 2007 and I went to Zambia to do the fieldwork for my doctoral thesis in economic history. I wanted to examine how national income estimates were made in African countries. I was struck by the derelict state of the Central Statistical Office in Lusaka. The planned agricultural crop survey was being delayed by the need for car repairs, most of the offices were dark, and the computers were either missing or very old. The national accounts division had three employees, of whom only one was regularly in the office while I was visiting. No one at the office could account for how the income estimates had been made more than a decade ago. In the library there was a dearth of publications and no record of any activity that may or may not have taken place in the late 1970s, the 1980s, and the early 1990s.
The data and methods used to estimate Zambian national income had last been revised in 1994. A short report on methodology had been pre- pared, but it was unpublished and was circulated internally as a manual for the national accountants. It revealed the real state of affairs of national income statistics in Zambia. I was surprised by the lack of basic data and the rudimentary methods in use. Regular and reliable data were available only on government finances and the copper sector. The entire agricultural sector was accounted for by observing trends in crop forecasts for eight agricultural commodities. For the rest of the economy there really was no usable data. The construction sector was assumed to grow at the same rate as cement production and imports. Retail, wholesale, and transport sec- tors were all assumed to grow at the same rate as agricultural and copper production, while business services were assumed to grow at the same rate as trade and transport.