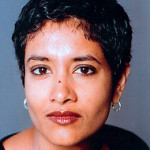 Seventy years after the founding of the United Nations, peacekeeping is bigger and costlier than ever — and confronting an identity crisis.
Not since the soul-searching that followed Rwanda and Srebrenica 20 years ago, when the United Nations was unable to prevent two successive genocides, has peacekeeping come under such scrutiny. The organization’s top leaders and donors are asking: What is peacekeeping accomplishing today, and how can it be made to work in some of the world’s worst war zones, where there is often no peace to keep?