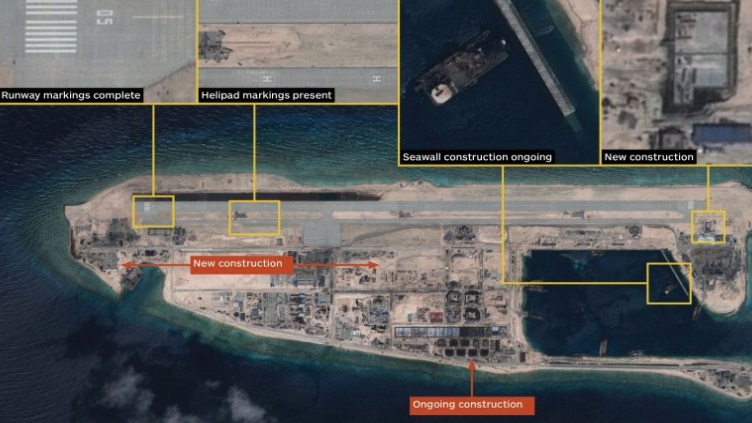 Airbus Defence and Space imagery dated 20 September 2015 shows ongoing development of the artificial island created at Fiery Cross Reef in the South China Sea. The runway is complete with markings installed, including helipads, suggesting a potential for use in the near future.