Xi hosting a meeting on women’s rights at the UN while persecuting feminists? Shameless. 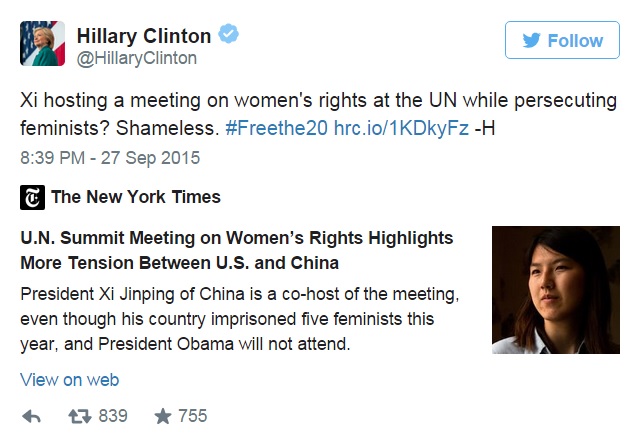