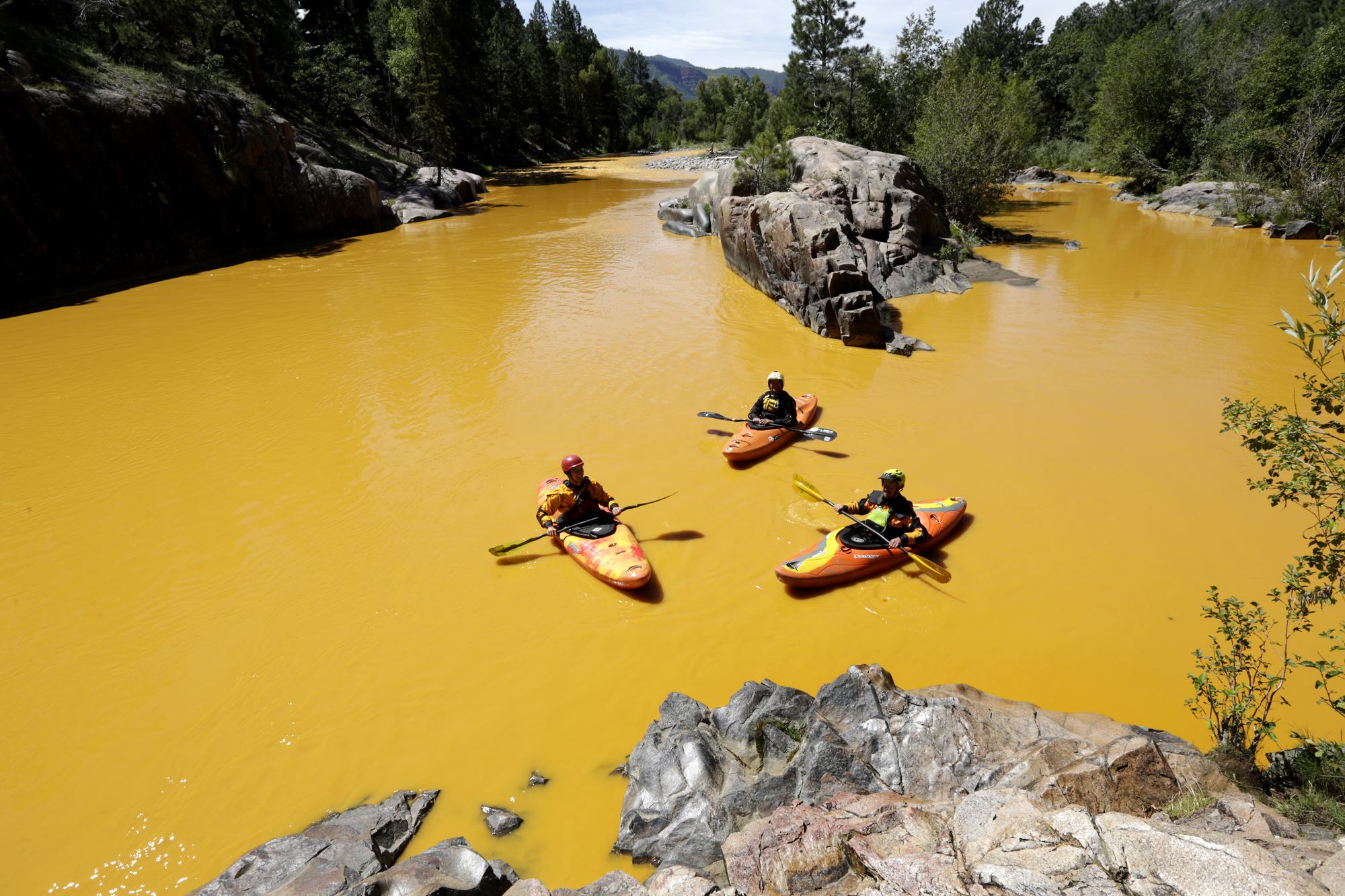 People kayak in the Animas River near Durango, Colo., Thursday, Aug. 6, 2015, in water colored from a mine waste spill. The U.S. Environmental Protection Agency said that a cleanup team was working with heavy equipment Wednesday to secure an entrance to the Gold King Mine. Workers instead released an estimated 1 million gallons of mine waste into Cement Creek, which flows into the Animas River.
(Jerry McBride/The Durango Herald via AP) MANDATORY CREDIT

It turns out an environmental remediation contractor was the one at fault for contaminating the Animas River in Colorado.
According to The Wall Street Journal, Environmental Restoration LLC was contracted out by the Environmental Protection Agency (EPA) to protect the nearby water reservoirs. Because the Gold King Mine was being services at the time, the remediation firm was tasked with finding ways to keep pollutants out of the water.
Instead, however, approximately 3 million gallons of contaminated water spilled from the mine into the fresh water, according to the EPA.
While it was certainly not their intention, the damage has been done and now needs to be fixed. A report from the San Francisco Chronicle said that chemicals in the spill included arsenic, cadmium, lead, and mercury — a deadly combination with potential long-term environmental impact.
The river itself has turned a dark, murky yellow, raising concerns for the communities that utilize water from that source for drinking, irrigation, and recreation. The states of Colorado, Utah, and New Mexico, along with the Navajo Nation, were all affected by the damage caused.