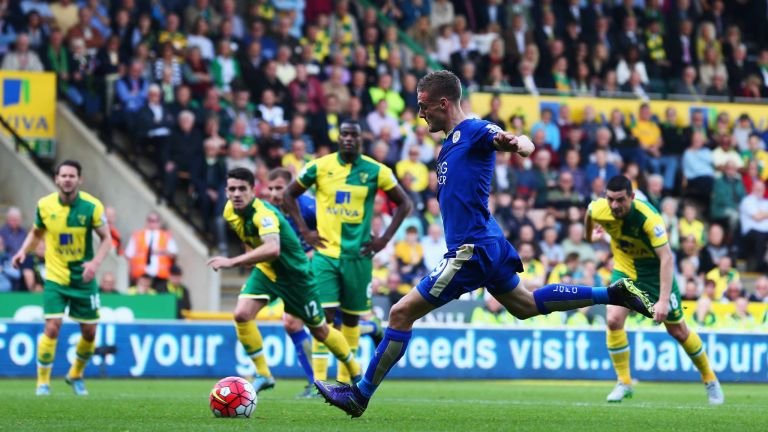 In an age when youngsters are recruited by leading clubs before they have even mastered the art of shoelace-tying, Jamie Vardy‘s rise to prominence with Leicester City is an exceptional story.
Five years ago, Vardy was playing amateur football for Stocksbridge Park Steels in England’s seventh tier and working part-time at a factory making medical splints.
Now he is an England international whose 13 goals have taken him clear of Sergio Aguero, Diego Costa and Wayne Rooney in the Premier League scoring charts and propelled Leicester to the top of the table.
Vardy follows players like Stuart Pearce, Chris Waddle and Ian Wright in rising from non-league to play for England and with each goal, he demonstrates that there is more than one route to the top.