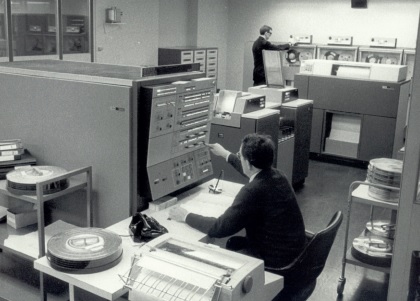 The very first piece of equipment installed in the ICC Computer Centre in 1971 was an IBM Mainframe System/360 model 65.
From its inception until the late 1980s, ICC primarily provided Mainframe services to its growing number of customers. Low speed lines between ICC and its customers’ premises were mostly used as dedicated links for accessing ICC’s Mainframe System.