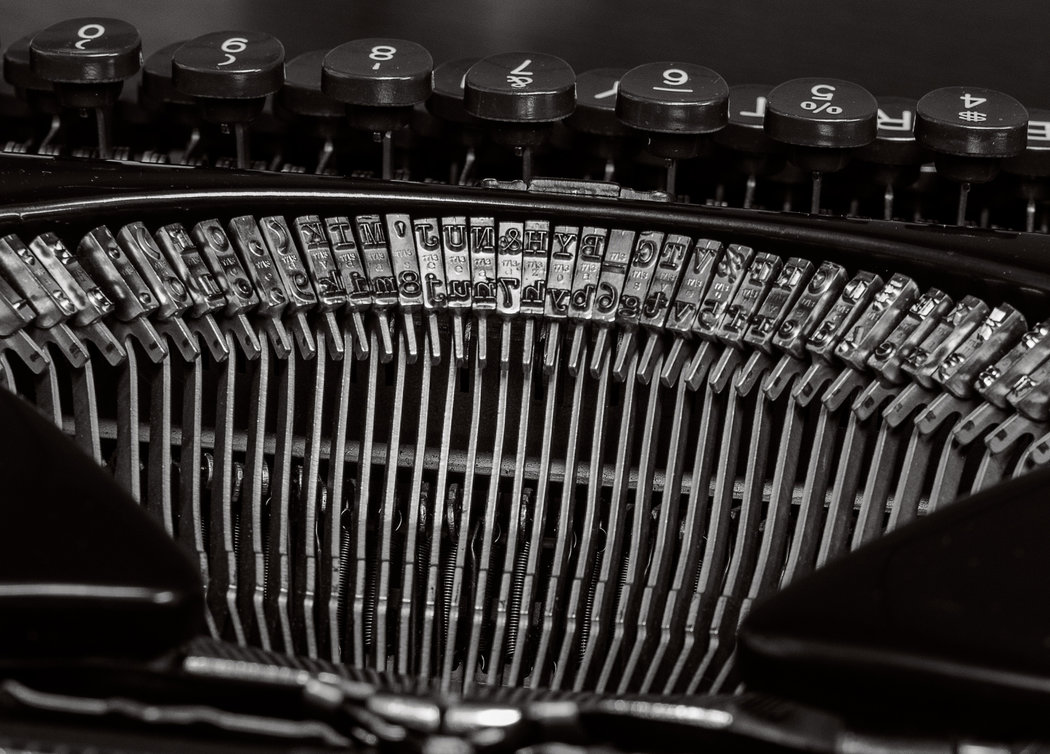 Computer keyboards make a mousy tappy tap tappy tap like ones you hear in a Starbucks — work may be getting done but it sounds cozy and small, like knitting needles creating a pair of socks. Everything you type on a typewriter sounds grand, the words forming in mini-explosions of SHOOK SHOOK SHOOK. A thank-you note resonates with the same heft as a literary masterpiece.
The sound of typing is one reason to own a vintage manual typewriter — alas, there are only three reasons, and none of them are ease or speed. In addition to sound, there is the sheer physical pleasure of typing; it feels just as good as it sounds, the muscles in your hands control the volume and cadence of the aural assault so that the room echoes with the staccato beat of your synapses.