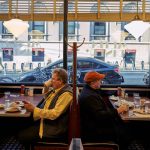 For the past 25 years — since the divorce — I’ve lived a good part of my life in diners. Without them I might be slimmer, but also crazier and more unhappy. Judging by the crowds at the Metro Diner, on 100th Street and Broadway, my current haunt, I suspect that other New Yorkers feel the same way.
The best days of the New York City diner, however, appear to be over. Among the 2016 casualties were the Lyric Diner in Gramercy and the 40-year-old Del Rio in Bensonhurst, Brooklyn, while La Parisienne near Columbus Circle and the 53-year-old Market Diner in Hell’s Kitchen closed in 2015. Then there was Cafe Edison, a 34-year-old coffee shop that shut in 2014 to much sadness in the Broadway community.