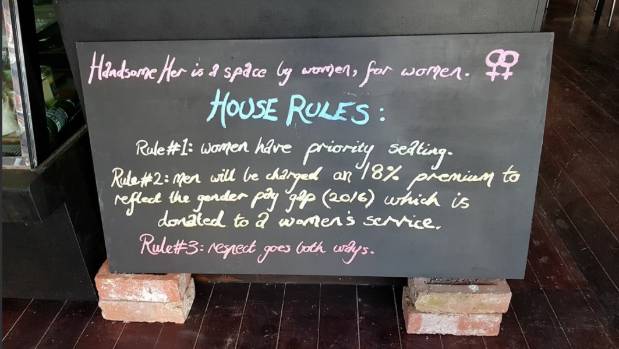 One week out of every month we have an 18 percent premium for men, which is the same amount as the gender pay gap.