The conceptual relationship between genes and the social world has shifted significantly during the past 20 years. As genes have come to be understood in concrete molecular terms, rather than as abstract heritability constructs, it has become clear that social factors can play a significant role in regulating the activity of the human genome. DNA encodes the potential for cellular behavior, but that potential is only realized if the gene is expressed—if its DNA is transcribed into RNA. RNA and its translated proteins are what mediate cellular behaviors such as movement, metabolism, and biochemical response to external stimuli (e.g., neurotransmission or immune response). Absent their expression in the form of RNA, DNA genes have no effect on health or behavioral phenotypes. The development of DNA microarray and high-throughput RNA sequencing technologies now allows researchers to survey the expression of all human genes simultaneously and map the specific subset of genes that are active in a given cell at a given point in time—the RNA “transcriptome.” “Functional genomics” studies surveying RNA transcriptomes have shown that cells are highly selective about which genes they express, and humans’ DNA encodes a great deal more genetic potential than is actually realized in RNA. Even more striking has been the discovery that the social world outside one’s body can markedly influence these gene expression profiles. 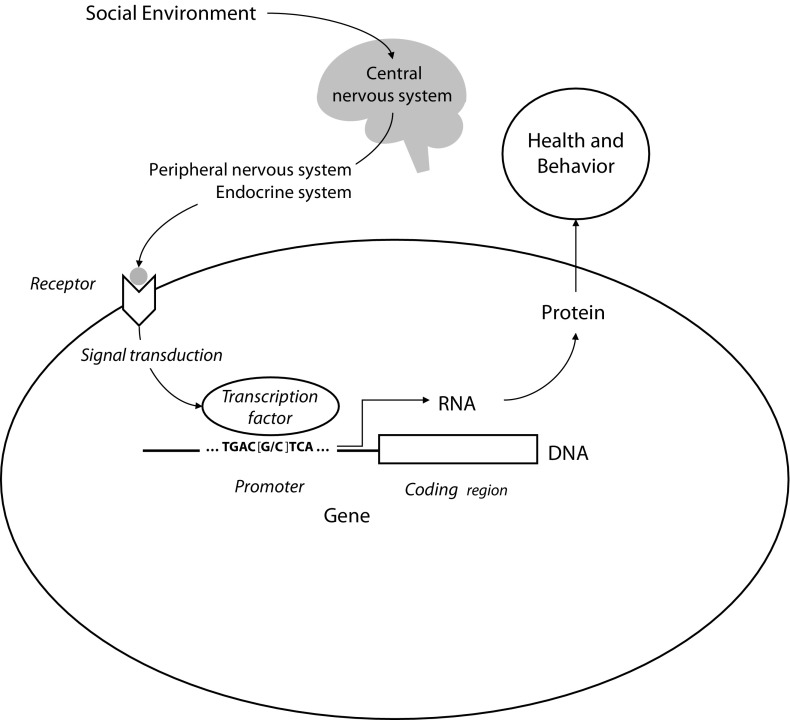