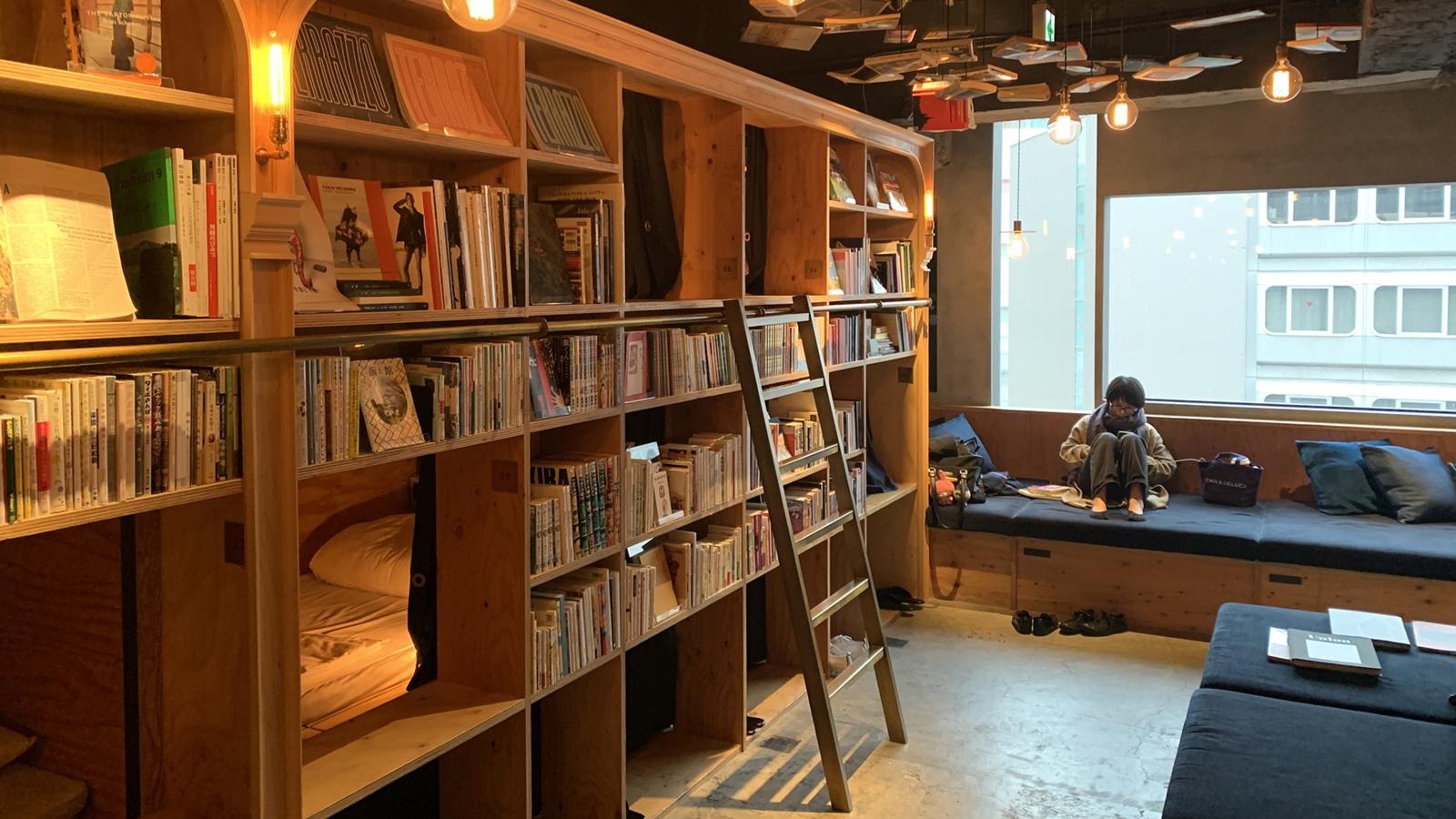 At Book and Bed Tokyo, guests can stay overnight or just pay for a couple of hours to read and mingle with others.