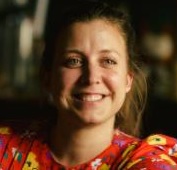 Where was the love? I couldn’t see any. I couldn’t feel any. I was paralyzed with sadness and I needed to find a way out. So I decided to give myself one last chance. I was going to get into my car and drive. I was going to see for myself if there was any love to find out there. I was going to ask people: What is love?
Imagining France as the land of love has a powerful pull on us; popular culture has used Paris as a shorthand for romance for what feels like an eternity. This myth impedes our understanding of what love is. Love in France is not always romantic. It is not always forever. It is just sincere, human. It is pain, and it is joy. It is sadness and it is healing.