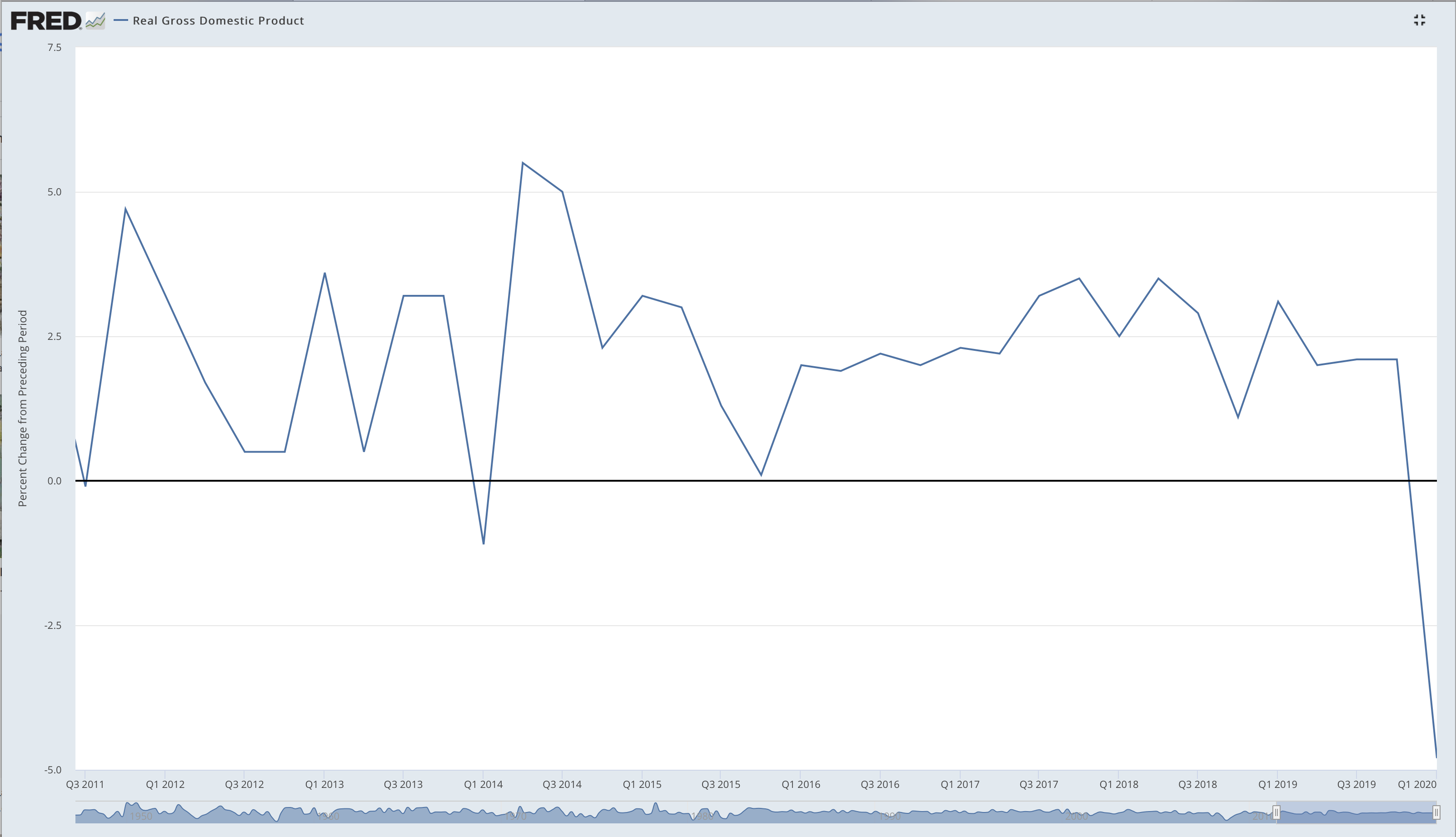 See that chart above? The line plunging into the abyss? That’s an economy having a heart attack and dying.
The line is GDP.