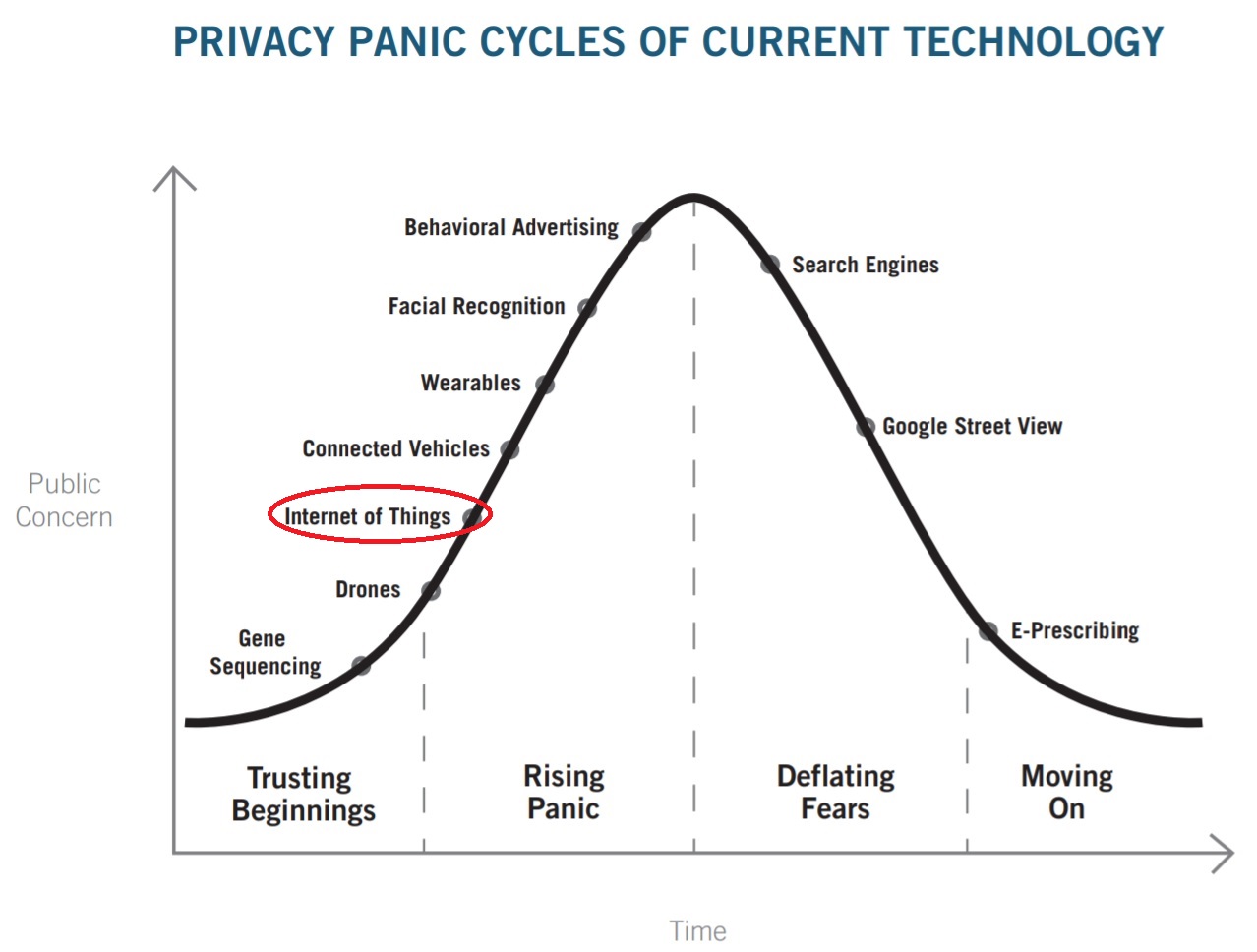 Internet of Things
The Internet of Things refers to an interconnected environment where all manner of objects are embedded with sensors and transmitters that enable a digital presence and the ability to communicate with other objects and people. The potential for this trend is huge: the number of “things” connected to the Internet is expected to rise to 50 billion by 2020, and to include a vast number of devices from connected cars to intelligent light bulbs and smart trash cans. But since 2009, when the number of connected devices surpassed the number of people, a growing number of privacy fundamentalists have begun talking about this technology. The Internet of Things is in the Rising Panic stage, where the public has begun to express privacy concerns about the Internet of Things without fully understanding its benefits.
This stage, as previously discussed, is punctuated by privacy advocates crying wolf, hyperbolic media stories, and policymakers perpetuating needless alarm. This has led the Federal Trade Commission (FTC) to issue a report focusing more on the privacy risks than on the benefits of connected devices. As the technology continues to weave its way into society, people will likely become less concerned about the privacy implications and more comfortable with the technology.