Every few years the World Values Survey questions people from around the globe about their moral and cultural beliefs. Every few years, some of these survey results are synthesized into a map that shows how the different cultural zones stand in relation to one another. In 1996 the Protestant Europe cultural zone and the English-Speaking zone were clumped in with the other global zones. Western values were different from the values found in say, Latin America or the Confucian zone, but they were contiguous.
But the 2020 map looks different. The Protestant Europe and English-Speaking zones have drifted away from the rest of the world cultures and now jut out like some extraneous cultural peninsula. 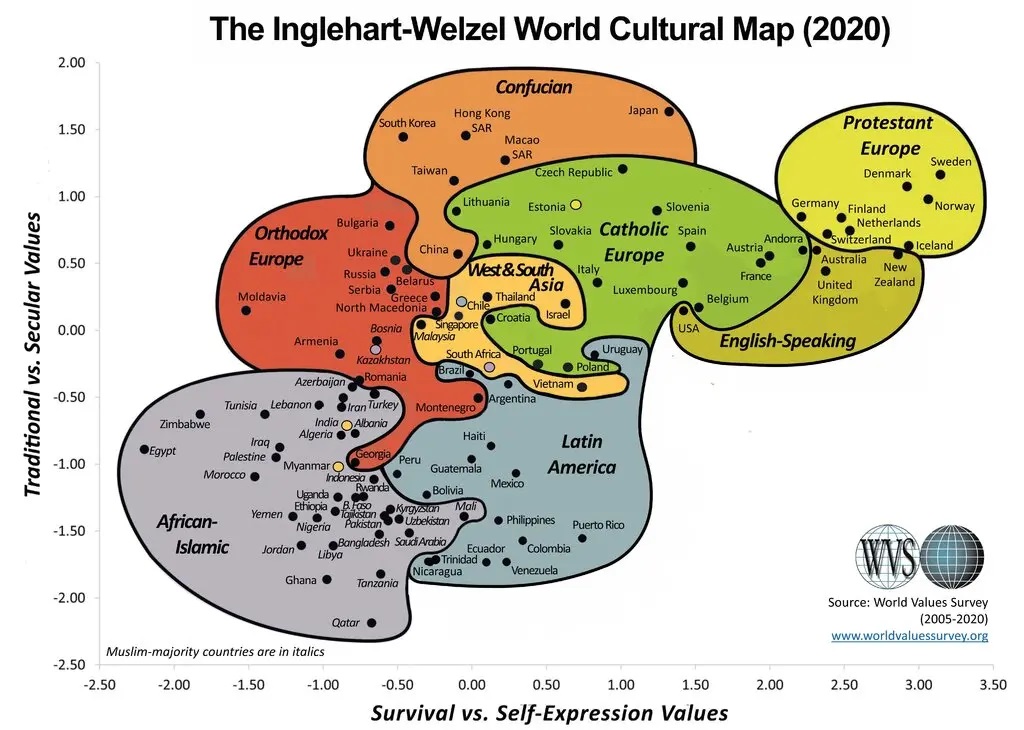 In a summary of the surveys’ findings and insights, the World Values Survey Association noted that on issues like marriage, family, gender and sexual orientation, “there has been a growing divergence between the prevailing values in low-income countries and high-income countries.” We in the West have long been outliers; now our distance from the rest of the world is growing vast.