In the past four global recessions, the US and Germany took the lead in driving down the world’s economy. But this time will be different: 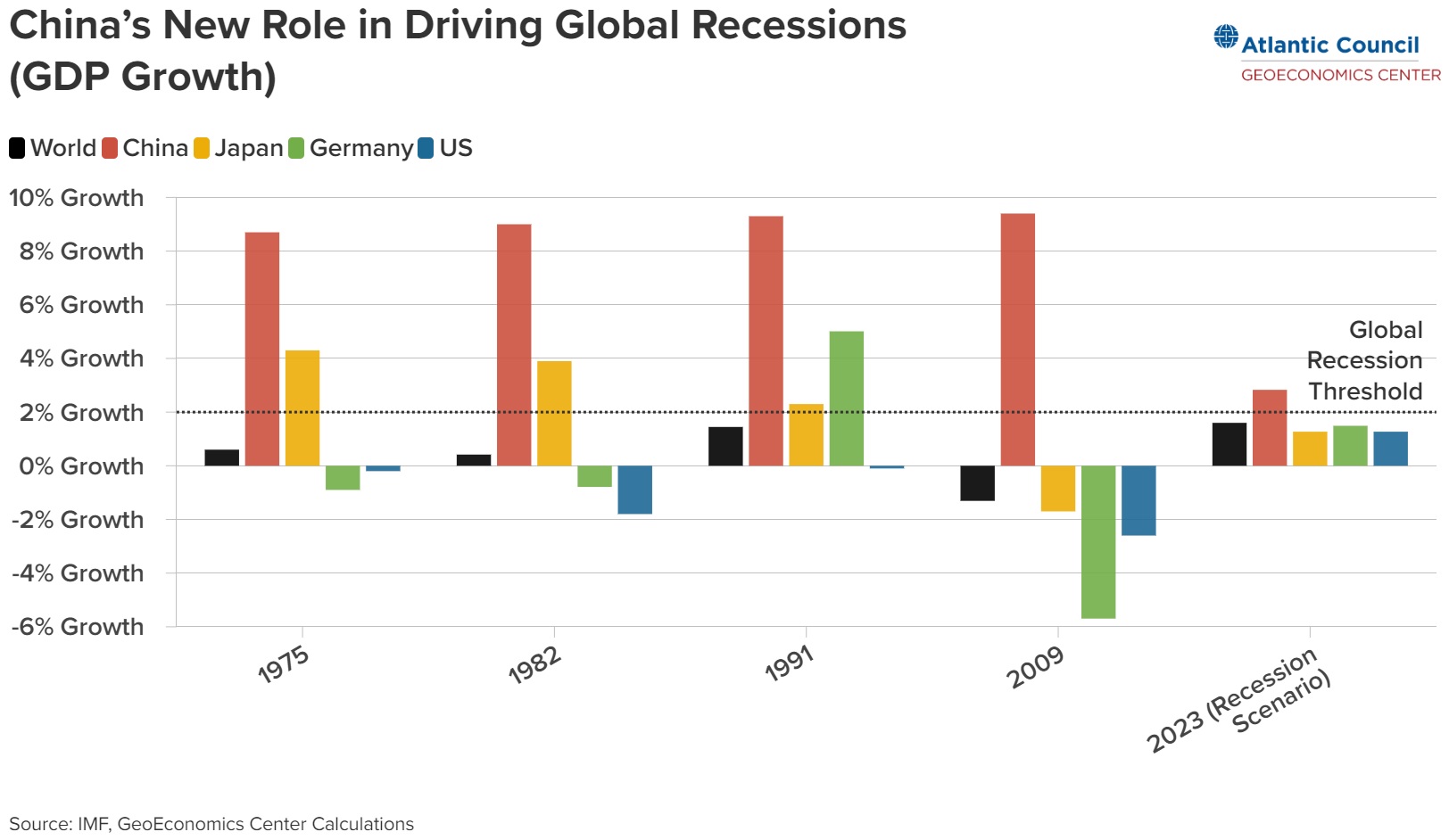 For the first time, it’s China’s pronounced slowdown which could be the single largest factor in creating a global recession.