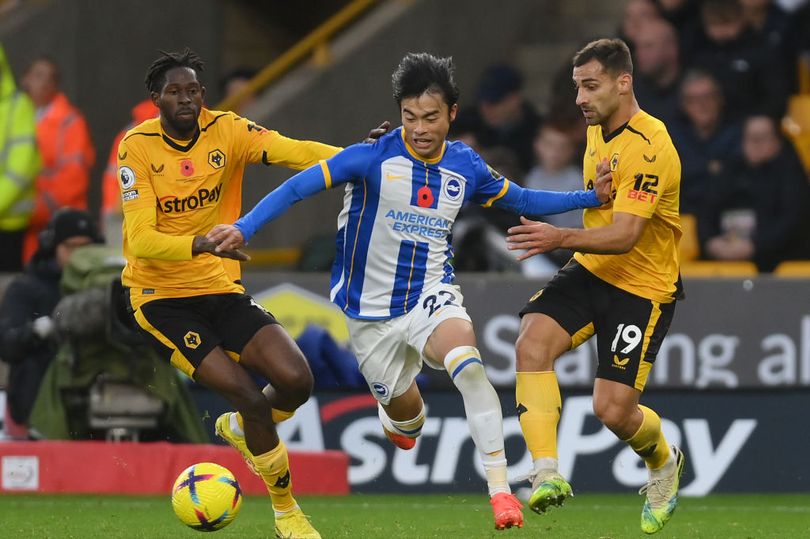 Kaoru Mitoma of Brighton & Hove Albion was superb against Wolves
Justified the decision to keep him in the starting lineup as he caused right-back Nelson Semedo a lot of problems along the left wing. He took his first goal for the club in style with a powerful header and then drew a foul from Semedo on the edge of the box that led to the Wolves man being sent off. Was a constant threat and Wolves couldn’t handle him at all.