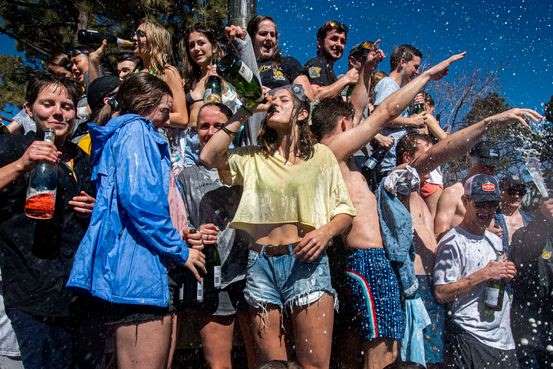 Scientists and government officials fighting the coronavirus epidemic say they have a problem: Carefree youths.
As authorities moved to restrict social gatherings last week, bars and restaurants from New York to Berlin filled up with revelers, illegal “lockdown parties” popped up in France and Belgium, and campuses in the U.S. lit up for end-of-the-world dorm parties.
So far, most young Covid-19 patients have experienced mild or no symptoms from the virus, while more severe cases are concentrated among those aged 50 and over. Data released last week by the National Health Institute in Italy, currently the world’s worst-hit country, shows mortality rates starting at 0% for patients aged 0 to 29 and edging up to peak at 19% for those over 90.

This entry was posted in voice. Bookmark the permalink.