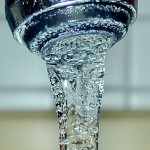 As China’s already large economy continues to industrialize, the country’s growing thirst for oil has been well documented. However, many believe that water, not oil, may ultimately prove to be the most valuable liquid in the Chinese economy. While a rich country can buy oil from the global marketplace and ship it virtually anywhere fairly economically, water is another story. In most cases, a country must learn to live with and survive on its own water resources. In this context, water scarcity is not just a China issue; it’s a matter of concern for all of the world’s developing countries.

Although China is the second largest economy in the world, it is still in an embryonic stage of development. There are many product, technology and service gaps yet to be filled, each of which represents a new business opportunity. Helping China to quench its thirst for water appears to be one of them — and a big one at that.