The International Fund for Agricultural Development (IFAD), a specialized agency of the United Nations, was established as an international financial institution in 1977 as one of the major outcomes of the 1974 World Food Conference. The conference was organized in response to the food crises of the early 1970s that primarily affected the Sahelian countries of Africa. It resolved that “an International Fund for Agricultural Development should be established immediately to finance agricultural development projects primarily for food production in the developing countries.” One of the most important insights emerging from the conference was that the causes of food insecurity and famine were not so much failures in food production but structural problems relating to poverty, and to the fact that the majority of the developing world’s poor populations were concentrated in rural areas. 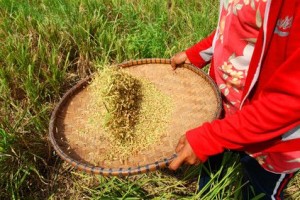 IFAD is dedicated to eradicating rural poverty in developing countries. Seventy-five per cent of the world’s poorest people – 1.4 billion women, children and men – live in rural areas and depend on agriculture and related activities for their livelihoods.
Working with poor rural people, governments, donors, non-governmental organizations and many other partners, IFAD focuses on country-specific solutions, which can involve increasing poor rural people’s access to financial services, markets, technology, land and other natural resources.