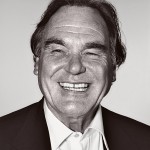 Come on, that’s such a canard, you know that. ‘The Greatest Generation?’ That was the biggest publishing hoax of all. It’s to sell books. I was in Vietnam with the Greatest Generation. They were master sergeants, generals, colonels. They had arrogance beyond belief. The hubris that allowed Henry Kissinger to say North Vietnam is a fourth-rate power we will break. The hubris of that!
You have to understand what it was like to be a Roman empire and to find some barbarian tribe riding into Rome in 476 A.D. It’s quite a shock. And that’s what will happen to us unless we change our attitude about what our role in the world is. Every story out of most newspapers is ‘the Americans think this, the administration thinks this.’ It’s always about our controlling the pieces on the chessboard. I think what the Arabs have shown us is that we don’t control the chess pieces. And this is a shock to many people. But it’s definitely in ‘The Greatest Generation.’ And it’s in Spielberg’s World War II film, and it’s in Ridley Scott’s ‘Black Hawk Down.’ These are wonderful-looking films, but the message is perverted.
A lot of people when they get older they write autobiographies or memoirs. But my priority would be to ask, What did the times I lived through mean? And did I understand them?
Hitler did far more damage to the Russians than he did to the Jews and that the Russians lost 25, 30 million in the war. It was because of the Jewish domination of the media and Israel’s powerful lobby in Washington.