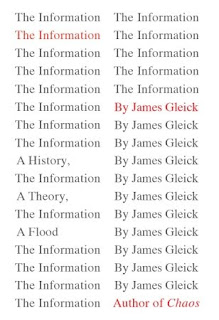 Information is not knowledge and knowledge is not wisdom.

It is not the amount of knowledge that makes a brain. It is not even the distribution of knowledge. It is the interconnectedness.

Every new medium transforms the nature of human thought. In the long run, history is the story of information becoming aware of itself.