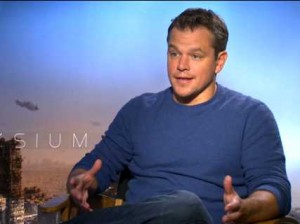 He broke up with me.
There are a lot of things that I really question — the legality of the drone strikes, these NSA revelations. Jimmy Carter came out and said we don’t live in a democracy. That’s a little intense when an ex-president says that. So you now, he’s got some explaining to do, particularly for a constitutional law professor.
You know, a one-term president with some balls who actually got stuff done would have been, in the long run of the country, much better.