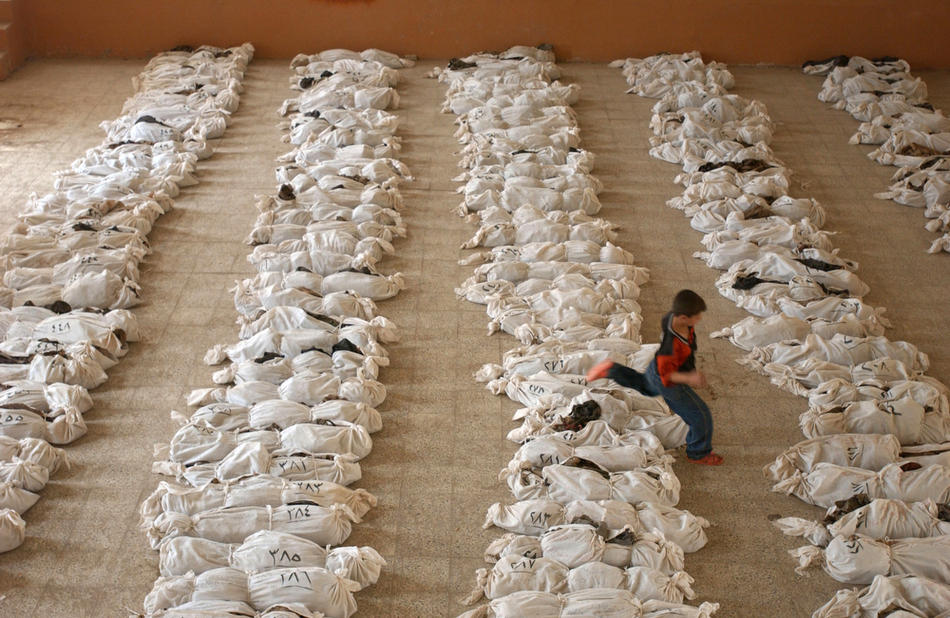 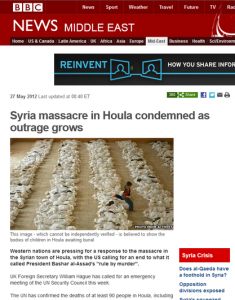 An Iraqi child jumps over a line of remains in a school where bodies had been brought from a mass grave discovered in the desert in the outskirts of Al Musayyib, 50 km south of Baghdad, May 27, 2003 in Iraq. People had been searching for days for identity cards or other clues among the skeletons to try to find the remains of family members, including children, from the grave that locals say contained the remains of hundreds of Shi’ite Muslims executed by Saddam Hussein’s regime after their uprising following the 1991 Gulf War. (Photo by Marco Di Lauro/Getty Images)

(The BBC is facing criticism after it accidentally used a picture taken in Iraq in 2003 to illustrate the senseless massacre of children in Syria.)
Marco di Lauro said he nearly “fell off his chair” when he saw the image being used, and said he was “astonished” at the failure of the corporation to check their sources.