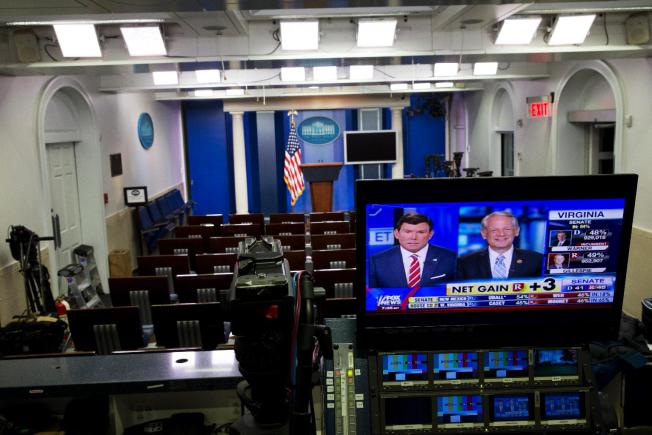 FILE – In this Nov. 4, 2014, file photo. Fox News reports Republican gains in the Senate in an empty White House briefing room as poll numbers begin to pour in on election day in Washington. It’s the stuff of Republican nightmares: Fox News runs out of advertising space for the 2016 presidential campaign. But a company that handles placement of political ads for cable systems, NCC Media, is already working out how to accommodate ads coming from everyone in the race.