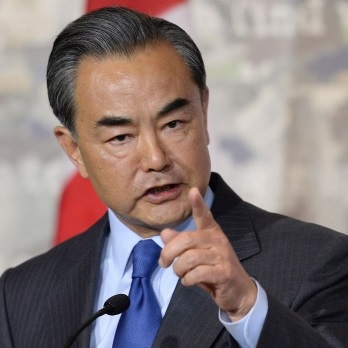 I want to respond to the question from this reporter about China. I have to say that your question is full of prejudice against China and arrogance where I have heard that come from and this is totally unacceptable. I have to ask whether you understand China? Have you been to China? Do you know that China has lifted more than 600 million people out of poverty and do you know that China is now the second largest economy in the world from a very low foundation? Do you think development is possible for China without protection of human rights and do you know that China has written the passion and promotion of human rights into our constitution? Other people don’t know better than the Chinese people about the human rights conditions in China and if the Chinese people, who are in the best position have say about China’s human rights situation. So I would like to suggest to you please don’t ask questions in such an irresponsible manner and though we welcome goodwill suggestions, we reject groundless or unwarranted accusations.