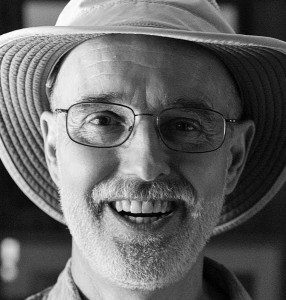 Timothy S. George is Professor of History at URI, where he has taught since 1998, and has taught at Harvard University as a visiting professor. His research specialty is modern Japanese history, particularly environmental history. He teaches courses on the history of East and Southeast Asia. He has degrees from Stanford University and the University of Hawai‘i, and received his Ph.D. from Harvard. He received Fulbright grants in 1993-1995 and 2012-2013 to study responses to the mercury pollution in Minamata and to the arsenic pollution in Toroku, and during both of those periods he was affiliated at the Institute of Social Science at the University of Tokyo.
His publications include Minamata: Pollution and the Struggle for Democracy in Postwar Japan (2001; Chinese translation 2013); a chapter on Toroku in Japan at Nature’s Edge: The Environmental Context of a Global Power (edited by Ian Miller, Julia Thomas, and Brett Walker, 2013); and a chapter on Tanaka Shōzō’s constitutional thought in Public Spheres, Private Lives in Modern Japan, 1600-1950: Essays in Honor of Albert M. Craig (edited by Gail Lee Bernstein, Andrew Gordon, and Kate Wildman Nakai, 2005). With Christopher Gerteis he edited Japan since 1945: From Postwar to Post-bubble (2013), and with John Dower he published Japanese History and Culture from Ancient to Modern Times: Seven Basic Bibliographies (second edition, 1995). He has published a number of translations, most recently editing and directing the translation of Mikuriya Takashi and Nakamura Takafusa, Politics and Power in 20th-Century Japan: The Reminiscences of Miyazawa Kiichi (2015). He has spent 17 years in Japan since 1962.