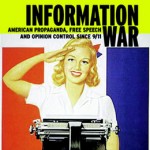 As I grew up in the land of the free, I began to see that freedom did not mean a full range of choices but was narrowly defined as what was generally acceptable within a dominant framework. There were prudent ways of defining democracy and freedom, and there were imprudent ways. Democracy turned out to be what was exercised through indirect and very proper channels. A free press turned out to be free to those who could own one. The dominant press, radio, and television were called the mass media as an insiders’ joke, but I never saw my neighbor or teacher on my TV set. The masses had the “mass” media but we weren’t expected to have the brainpower to make the tough policy decisions, such as where or how “our” government was going to interfere in other people’s lives. It just did. Something to do with protecting our freedom abroad and making the world safe for democracy.