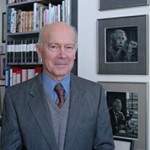 Our loves and friendships are not immune from the weight of taxes. They contribute to broken marriages, ruined friendships, the breakup of businesses and the downfall of states.
Democratically elected governments try to tax as heavily as they think they can get away with so that those who win elections can distribute the revenue in the hope of getting re-elected. The taxpayer is both beneficiary and victim, and the balance between the two is often not in the taxpayer’s favor.
The taxpayer strives to reduce his cost but knows that it is unlawful to evade taxes. If done deliberately and fraudulently evasion is a crime.
The tax minimization industry consists mostly of accountants and lawyers who scour the tax code to find ways for Amazon, Starbucks and Depardieu to lawfully reduce the amount they pay. A move to a low tax jurisdiction is a simple solution. But in the war between the state and the taxpayer the state has more weapons.
Governments are notoriously bad at managing the money they collect. In fairness, the obstacles are many: incompetency, corruption, the sheer complexity of disbursing huge sums, the multiplicity and difficulty of the tasks at hand — defense, education, health, prisons, courts, police, disaster relief, regulation of markets, banks, drugs, food safety. The result is the state is always in need of more money.
No matter how high the taxes, there is never enough.