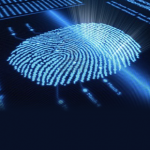 A U.S. company got a shock when it discovered its systems were being accessed by someone in China.
Bob was the man you wouldn’t suspect of any wrongdoing; 40s, nebbish, good at his job – one of the best programmers in the office, in fact – never complained, and always got a good review from management, who he emailed every day to update on his progress. Trouble was, that email was his only significant work contribution. Everything else was being done by the Chinese programmer to whom Bob had outsourced his job, at a fraction of his six figure salary.