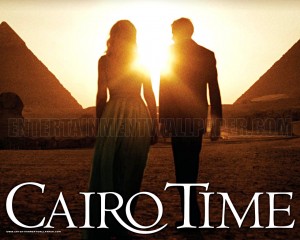 Juliette is a Canadian magazine editor who arrives in Cairo for a vacation with her long-time husband, a UN official working in Gaza. Delayed, her husband asks his friend—a handsome Egyptian named Tareq—to watch over Juliette. Juliette finds herself falling in love not only with the city but with Tareq. From the surprise of men-only cafes, to the aroma of a hookah pipe, to the expanse of the Nile, the film captures the seductive charm of Cairo.